The new members of the Adrian chapter of the National Honor Society were inducted in ceremonies at the high school, Monday, November 25, 2019.

Guest speaker for the event was Adrian Elementary School counselor, Jordan Pater. He is an Adrian High School graduate who was part of the National Honor Society while he was in high school. 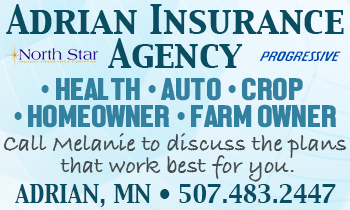